I haven't been attempting any stamping or card making in the last couple of months; I've been spending lots of time watching videos on youtube and reading blogs to look at techniques and products and get ideas about what I like and don't like before I spend too much more money.
One thing I'm trying to work out is colouring - I really like the look of watercoloured images but I also like Copic Coloured images.  But Copics are so expensive - in a local store they are $11.00 each, You can find them a little cheaper on the Internet, but still, it will be quite an investment.
So I've been looking at videos of cardmakers using the Zig Clean Color Real Brush Markers, particularly Jennifer McGuire's videos and her blog posts.  So I decided I'd go ahead and buy some - I could get more "bang for my buck" than Copic's and by buying off eBay from a seller in Japan I could save $100 on the 80 set.  So that's what I did.
They arrived late last week.  And the very first maker I pulled out to have a play with was a deep magenta colour and the ink flowed quite freely.  Well it went downhill after that.  I tried a few more and they all were dry.  I tried different papers to see if it made much difference but it was like they had all dried up.  I didn't want to test too many colours as I thought I would pursue getting a refund.  So that's what I did.  And thankfully I was able to return the item and get a full refund.
Since doing that and googling I've seen similar comments about dryness on Amazon, and people questioning their validity and whether they got fakes.  I didn't mention this to the seller, but when she replied to my refund request (with photos), she said she was surprised as they came direct from the manufacturer, so I can't say whether they were legit or not.
So that was a very disappointing experience.  I've now booked in to a Copic Beginner's Class at a local store, so that I can try them before I buy anything.  The class is $35 and you get two Copics to take home, so I thought that was a fair amount to pay and less risky than buying some and not being interested.
This is one example of the testing.  The creamier card is not watercolour card, but the lighter one is. 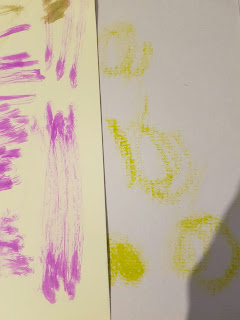 I'm a bit late to the party as I only discovered Julie Nutting's stamps a few weeks ago.  I've been pinning madly on lots of images.  I've bought three stamps so far, and yesterday I tried one for the first time - a boy, Skyler.

He's stamped on Kaisercraft paper, the t-shirt, long sleeve shirt and jeans are paper pieced from various papers and the hair and shoes are coloured with inks and an aqua blender.  Now I just need to work out what kind of background to put him on.  I want to do a DL sized card.  I'm thinking of doing some cards for Combat Cards SA and I read they need more boy/male cards.

My fussy cutting could be a bit better, so I think I will need to sponge the edges to take away any white sports, particularly near the jeans.  Anyway, happy with my first effort. 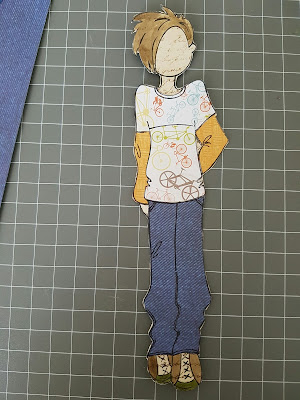 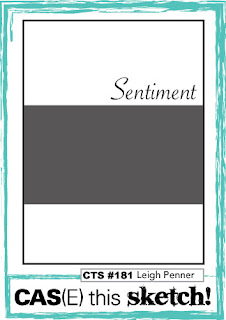 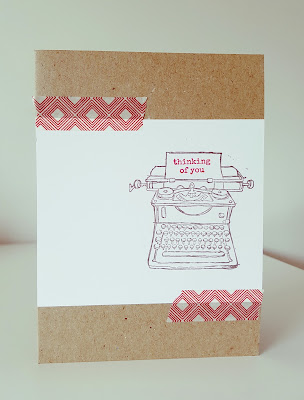 I've been watching quite a few videos from various crafters, but particularly Jennifer McGuire. She's so talented and knowledgeable.  I watched a couple of her videos last week on the different types of ink pads and thought maybe I'd check out some of other brands of inks besides Stampin' Up!  I was planning on getting the inks and the coordinating card stocks from Stampin' Up! but wanted to look at some other inks to compare the quality.  And to be honest I don't want to limit myself to one company.  So I have also been checking out a lot of the other stamp companies.  Very much falling in love with Altenew, and some Hero Arts stamps are on my wishlist now too.  This is hobby is way too expensive!

I decided to get an ink pad from Ranger, some Altenew Crisp inks and some Hero Arts inks.  I tried to choose some colours that I didn't have in the (very few) Stampin' Up! ink pads I have. I also want to try out Lawn Fawn inks but the online site that had this lot didn't stock them, and I wanted to try to keep shipping costs down by purchasing from the one place.  It's very hard to find stuff in Australia - few shops in Adelaide anyway that are close to me, so I have to resort to online. 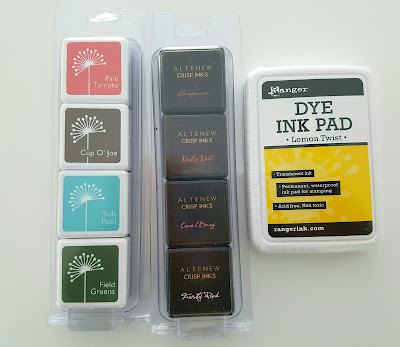 I also couldn't resist getting this Mama Elephant Labelled Messages stamp set; I really like the "dymo" labelled look or typewriter style fonts for sentiments.  I thought it was a pretty cost effective set given all the sentiments you get. 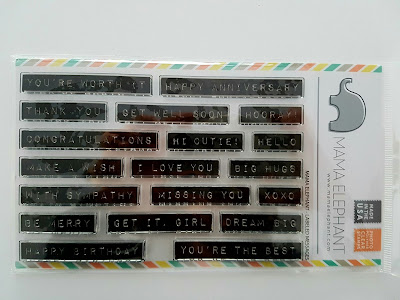 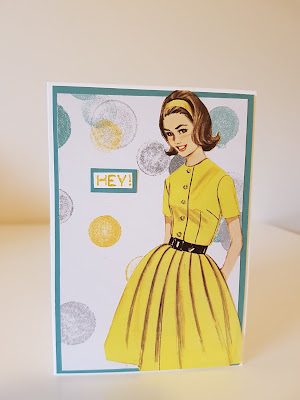 I used the new Labeler Alphabet stamp set from Stampin' Up! and gosh was it hard to stamp it.  I'm not steady enough to stamp such small stamps I think (each letter/character is an individual stamp).  A bit disappointed, I think I should have got the rotary stamp before it retired - it's probably more of the look I want - that typewriter style font.  Oh well.

And, my Carl trimmer has gone a bit wonky again, so I'm having trouble cutting straight lines and getting a rectangle instead of a rhombus! So annoyed, given it cost $100 for this trimmer.

For my husband's nanna who just turned 91. 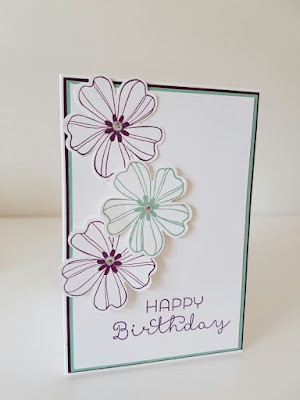 What a shame the Berry Bliss ink has been retired, it's such a gorgeous colour. All products (except retired) can be purchased here. 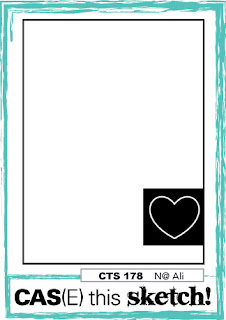 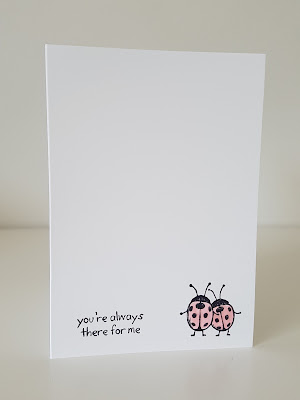 Email ThisBlogThis!Share to TwitterShare to FacebookShare to Pinterest
Labels: card, greeting card, stampin' up!; case this sketch
Older Posts Home
Subscribe to: Posts (Atom)
The content of this blog is my sole responsibility as an independent Stampin’ Up! demonstrator and the use of and content of the classes, services, or products offered are not endorsed by Stampin’ Up!